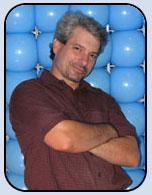 No, it’s not a Bruce Lee classic….well, it is, but not in the context that we will be referring to it in  the next article.

I have sat back for a few years now and watched the popularity of the Balloon Artists travelling to China.  It’s gained such notoriety that even some who don’t end up going, look to take any opportunity abroad and spin the appearance that they have been hired by other countries to work their balloon artistry.  The point is, the trips abroad are now seen as a huge selling point for those who are a part of them, as well as those who aren’t.

With this level of interest in mind, wouldn’t it make sense to theme a show around the specific cultures being entertained?  It does to me.

I could easily take the time to do the research and find out a great deal more about a specific culture, their history and their way of life.  All that would succeed in doing is giving you only a poultry amount of information about one specific culture and the information coming from whatever LIMITED sources I have used, while simultaneously demonstrating it through the vision of one man – myself.  That sounds a lot like giving a man a fish and letting him eat for a day.  It is FAR more important, as you remember, to TEACH a man to fish and let him eat for a lifetime!  So with that, I will try to demonstrate the process without selecting any ONE specific culture.  I WILL choose to utilize, instead, a creature who ties into different cultures for the purpose of showing how it can be used and where…and what educational purpose it can serve as it is themed from one culture to another.  Enter the Dragon.

The dragon is known for it’s place within eastern culture – China holds a tremendous place for it in history as well as culturally, and stories pertaining to the dragon are already created, which eases the burden of the performer needing to create such tales.  The Chinese new year is often blessed with the traditional Chinese dragon costume being worn by multiple people and dancing out in the streets.  Can such a feat be designed with balloons?  It can, and already has.  does it need to be limited to ONLY balloons?  I think it would be shameful to create a giant dragon costume to be worn without accommodating the opportunities it presents in other areas of interest.

If such a costume were designed, it would be greatly beneficial if a small microphone/audio system were incorporated into the front of the beast for the purpose of adding sound effects.  It also becomes possible to add fog to the front section of the dragon allowing for the possibility of blowing smoke from it’s nose and or mouth.  Whereas fire could be worked into the design as well, it probably would not be conducive to the safety of those all around this kind of costume.  However, if small fans were placed in the right locations with red lights also positioned, strips of white cloth could be attached to the mouth; and upon the glow of the red/orange lights and the wind, it would hold the impression of breathing fire, while still maintaining a level of safety.

Some questions to ponder when coming up with ideas for a prop of this magnitude;

let’s break these questions down one by one.
In my latest DVD, “Journey to the Center of the Stage”, I talk a lot about the opening attraction and the grand finale…You can see how this dragon would fit well into either of these two categories.  For it’s impact factor alone, a giant balloon dragon (Chinese or otherwise) would do a great job closing the show.  The more bells and whistles (features that give it “life”) the better a finale it would be.  Of course, the purpose of an opening attraction is to captivate the audience from the very beginning and make sure their attention is held throughout the length of the show.  Such a dragon would serve a firm purpose in doing just that.  The other advantage it has in being an opener instead of a closer, is that it now can become an integral part of the numerous stories that play out throughout the performance.  It also allows audience volunteers to be involved in “wearing” the giant costume.

All inquiries, questions and comments are always welcome. As always, it’s a pleasure to share my knowledge with others – Thank you for the opportunity!

Buy Jimmy’s DVD Journal to the Center of the Stage Today!