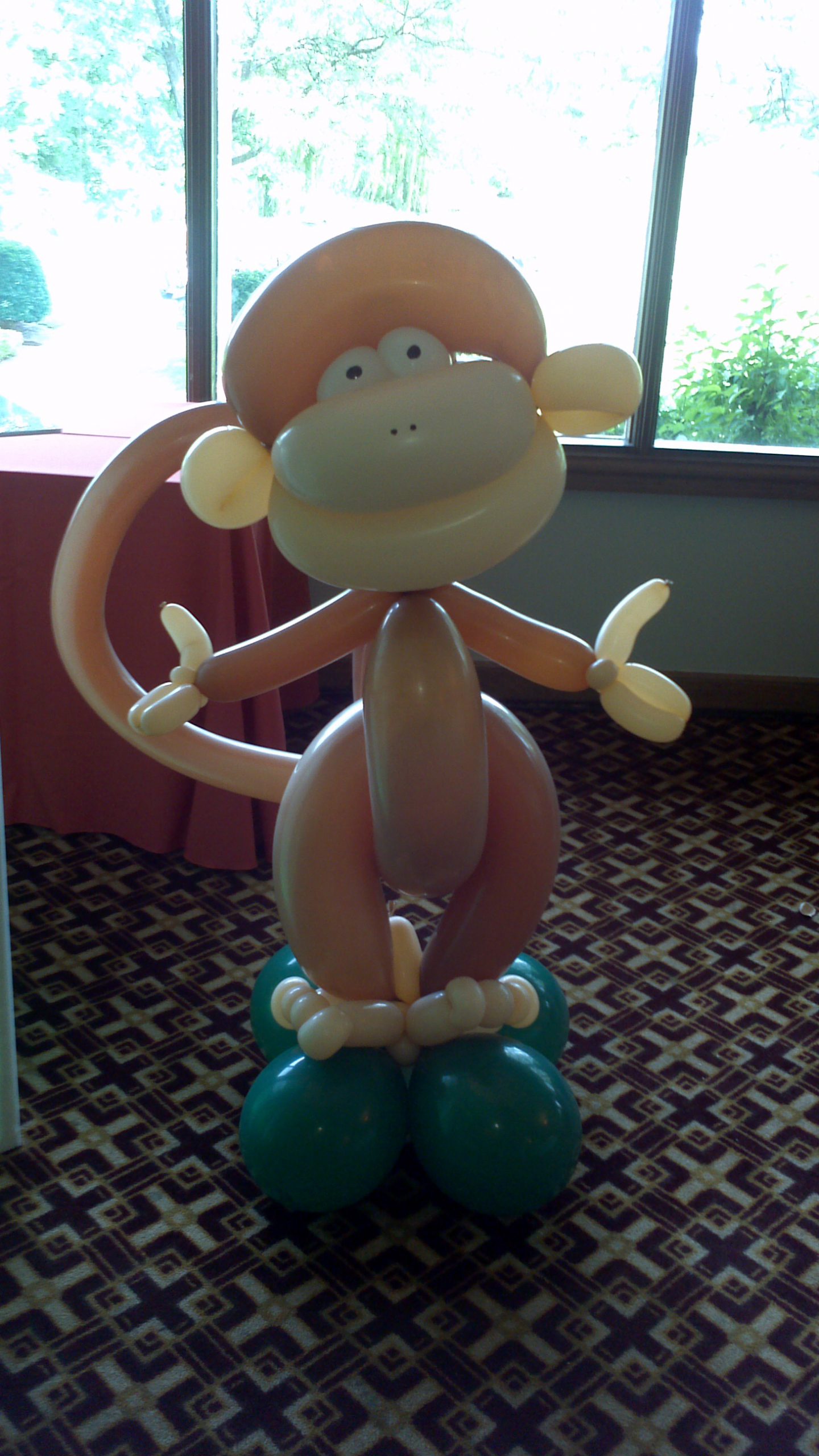 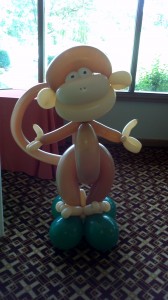 A six inch diameter balloon is a big balloon. They are three times larger than the normal twisting balloon, takes a lot of air to inflate, and when they pop, look out. This month I was contracted to make several animals for a Safari themed event.

Note to self, open Mylar and verify they are the correct size. To my surprise as I completed the first Zebra body, I reached for the Mylar balloon to inflate and learn that I have 14” balloons. I was expecting 24” balloons. Crap!

OK , I must now twist 646 balloons; this was not in my plans at all. I brought a cool air inflator, so inflating the balloons was not an ordeal, it was twisting the heads that was going to be the pain. Lucky for me, I have years of experience twisting balloons, so it was a matter of taking the giant balloons and quickly transforming them into a Zebra and a Monkey. 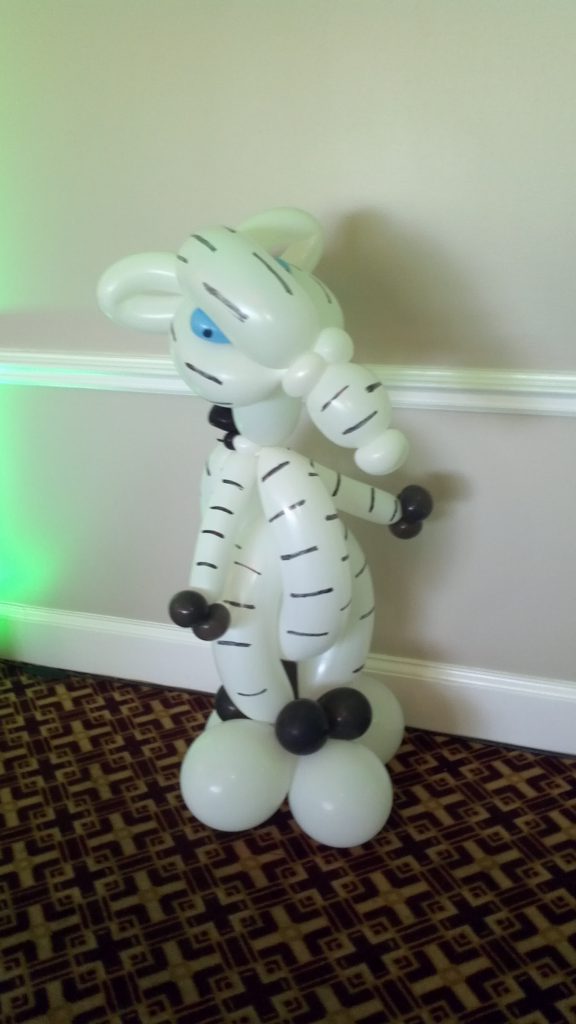 What I originally planned to take an hour quickly transformed into a 2.5 hour adventure of twisting, developing, and manipulating these huge balloons. At the end, the client was happy, and at that moment that is all that mattered to me.

My advice for anybody doing a deco-twisting gig, double check that you have everything you need prior to the event. Verify your design, equipment, and have a backup plan just in case things have to change.

I was lucky that the golf course had extra staff that day, and I was able to get a new employee to draw stripes on the Zebra.  I did not calculate how long it takes to draw stripes but, when you are working with a 646 balloons,  it takes a some time. 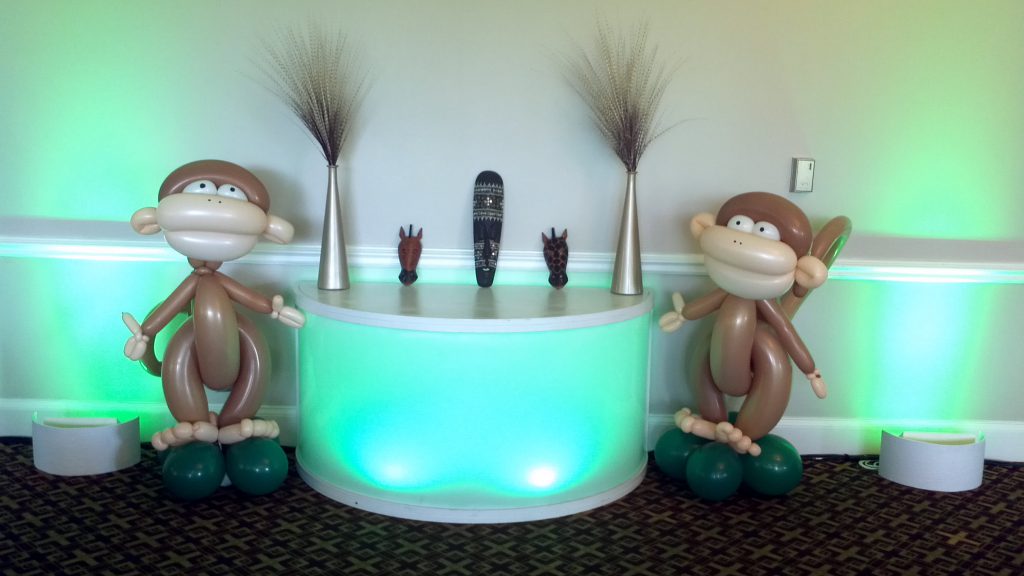