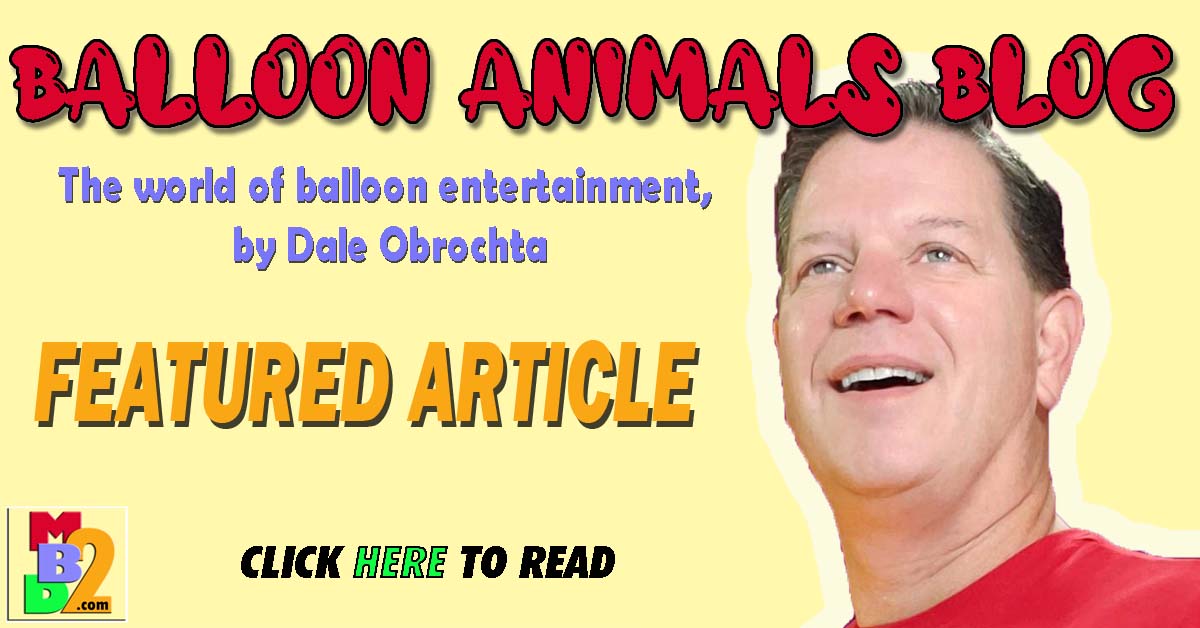 I first saw this technique used with a Spiderman balloon figure and I thought it would be cool for the fire on a fire breathing dragon.  You just cannot make a dragon without a child asking for the fire. 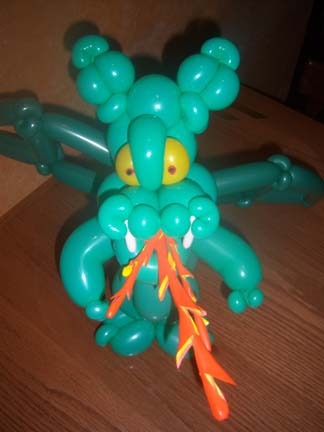 I was working side-by-side with Lester McNeely this past summer when I saw him start cutting a balloon.  I thought, what is he doing?  So watching out of the corner of my eye, I saw him make a cool Spiderman web.  “Where did you come up with that idea,” I asked.

Lester: “I was working a college, MIT it think it was, and a guy wanted Spiderman, so I made it. Then he wanted it shooting a web.  So I started to blow up a balloon when he suggested I cut it up and stick a straw in it.  Presto – Spiderman’s web was created.”

Here is how I made the Dragon Fire

I used 2-350 balloons, but you can use smaller balloons if you choose.  When you look at fire, it has a orange and yellow glow.  With that said, I used a straw to stuff a yellow balloon into an orange balloon.

Remove the straw.  Using a pair of scissors, make several 60-degree cuts on every other side.  Only cut half the balloon. The trick is to have sharp scissors and be careful not to cut through the balloon.

Once this is complete, using a straw or balloon stick,  insert it into the sliced balloon.  Stretch the balloon along the straw and you will notice the cuts flare out.  Push the balloon past the straw and tie off.  This will make the balloon look like it has sharp edges. The cool part is the double stuff balloon will have orange on the outside and a touch of yellow on the sides. 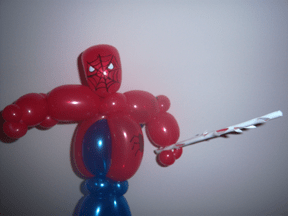 Simply cut the balloon on 60-degree angle and insert straw.  Attach the web to Spiderman and you are good to go.  Let me know how it turns out.

Subscribe to Dale’s Blog and get notified when the new DVD – Balloon Twisting becomes  available!

2 thoughts on “How to Make Dragon Fire and Spiderman Webs”