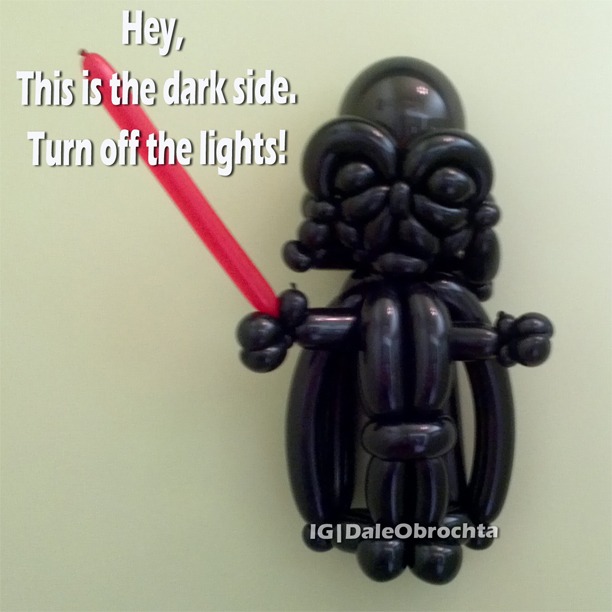 I first saw Star Wars at the movies when I was a child and, over the years, have seen bits and pieces of the trilogy. Yes, there are many generations of devoted fans. With Disney being the driving force behind the newest release, you are going to see a flood of marketing of new Star Wars products before the movie hits the big screen in 2015.

This past weekend my son attended the birthday party of his 6-year old friend who likes Darth Vader. Being a good dad, I twisted together a Darth Vader. I think Family Guy’s Star Wars trilogy has influenced me. Darth Vader looks more like Stewie from Family Guy.

Lucasfilm granted permission to Family Guy to use Star Wars characters in the TV show as long as Peter, Lois, Meg, Chris, Brian, Stewie and the rest of the characters looked just like the stars of the film.

It will be interesting to see, in the next 24 months, how much of an impact Star Wars has on merchandizing and how Disney promotes it’s newest billion dollar franchise. I may be making more of these in the months / years to come.