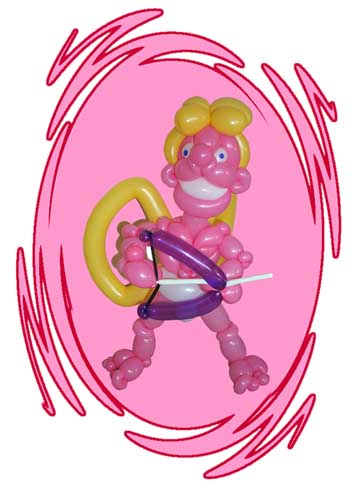 Valentine’s Day, the day that couples and children show their appreciation for one another. Yes, like many holidays, it has become more commercial with sales of flowers, candy, lingerie, and Valentine’s Day cards.  These are just some of the companies cashing in on love.

One of the symbols related to Valentine’s Day is Cupid. Cupid, or if you know Greek, Eros, is the mischievous and winged God of love. He is the son of Venus.

Cupid was Venus’ constant companion, armed with bow and arrows; he shot his victims with an arrow. Instant desire flowed through his target. Neither gods nor mortals could resist Cupid’s arrow.

Talk about how politically incorrect the Cupid character is nowadays.

If you think Charlie Sheen had it tough, imagine the spin you need to put on Cupid. Cupid’s new modus operandi is fairy status. The image of a fairy is not as powerful as “god” status. Cupid now assists people in love; his weapon is a medical tool for injecting an antibiotic cure for apathy. Desire and lust are replaced with passion, and he does this for improving humanity. Plus, he wears clothes.