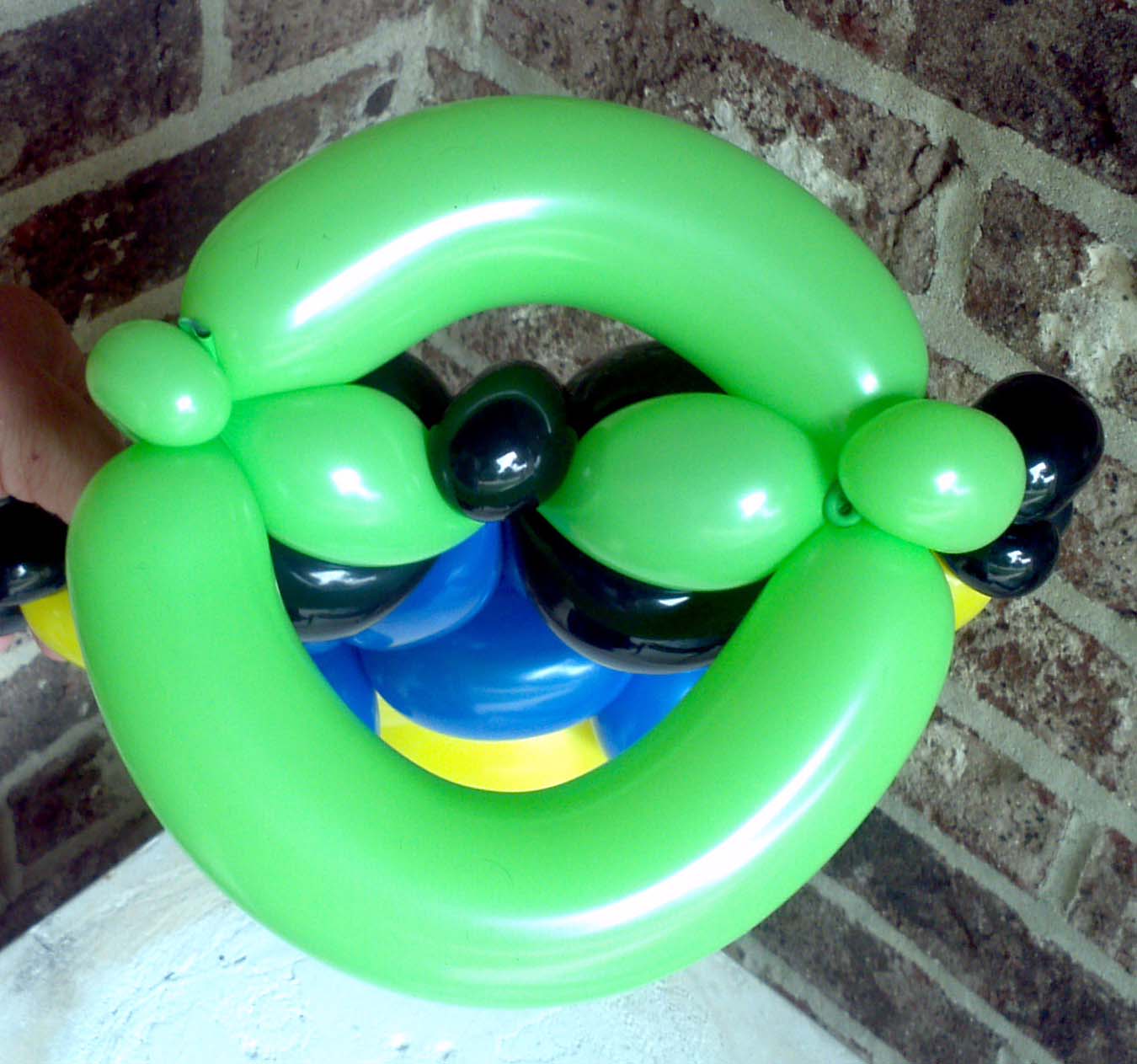 Have you ever tried to cook a chicken with a beer can stuck inside it? No matter how careful you are, the chick is just top-heavy and wants to fall over. Years ago, I was not sure where my mom bought this handy little device, but we had a rack that you push into the chicken’s cavity, and it has a base to keep the chick upright. That is just what I need to keep my balloon figures standing. 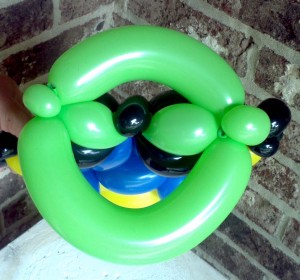 “Look, it doesn’t stand,” the voice exclaims over the table. For years, I have heard this and have persuaded many parents to part with the change to stuff inside the balloon figure to act as a weight. Utensils, straws, and small toys have been used.

I was recently building a clown centerpiece for a client and needed a way for the clown to stand upright. I use sand and water weights, but this was just a prototype. I just needed a quick solution to keep an object standing to take a picture. That chicken stand, it has a simple base that I could use for balloon figures.

Build your balloon animal, then create a “No” or “Don’t” symbol. Twist the crossbar of the No symbol,  in between and around the feet of the figure.  In this example, I made a quick Minion but inserted the “No Stand” between his feet to make him stand. 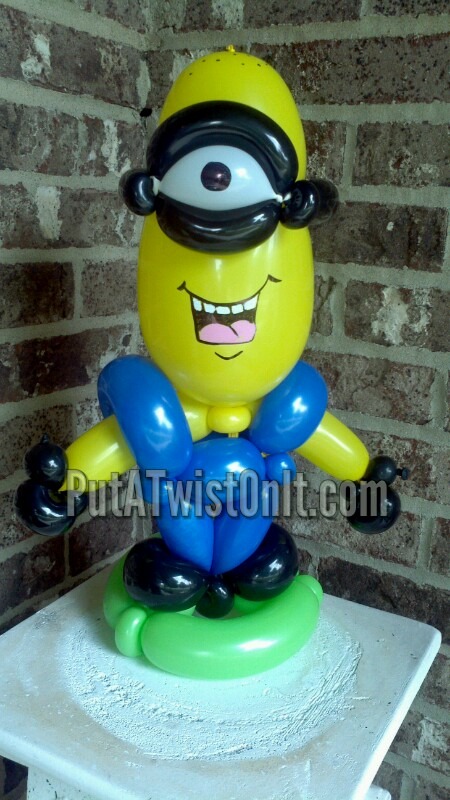